This week’s challenge, asks us to share pictures that mean “growth” to us.

I have chosen firstly this one of a giant Banyan tree at the Turtle Creek Resort in Oahu. I was absolutely awestruck when we came upon it on our walk through the forest. It was the first time I’d seen a Banyan. It makes me look like a little dwarf, or maybe I should be more p.c., and say that I look vertically challenged? 🙂 It’s hard to believe that this tree grew to such an enormous size from one tiny seed. 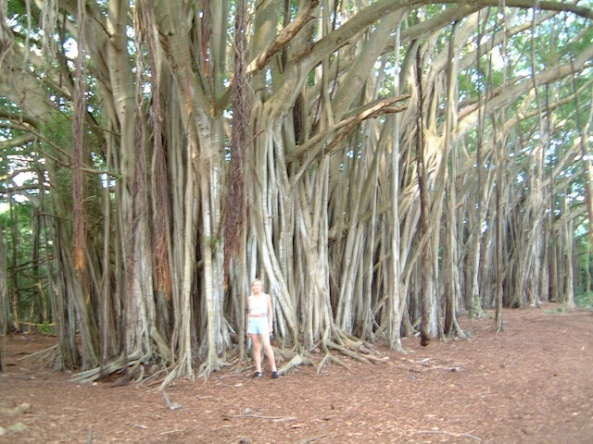 Just look at this cute baby rhino following along behind his mama at the Lion and Rhino Park in Johannesburg. It’s hard to believe that after a few growth spurts, this miniature will one day weigh as much as 1.5 tons. 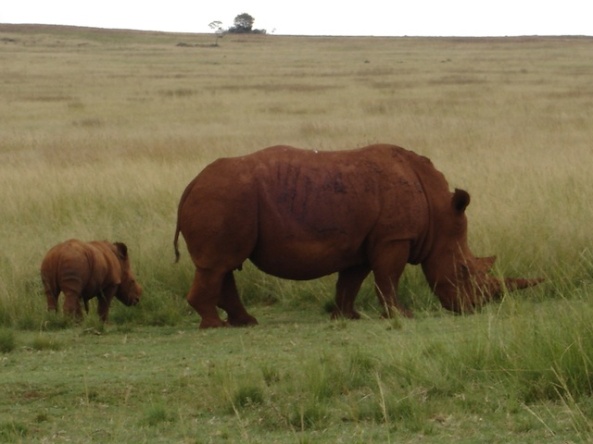 So we’ve had a plant and an animal, and now I think I’ll give you different sort of growth miracle.

The Gaudi Cathedral in Barcelona, the brainchild of Antoni Gaudi, was started 1882. He was unfortunately killed by a tram in 1926, so this magnificent structure has taken 130 years to finish. It’s amazing to think that something so unique and magnificent grew out of one man’s ideas and artistic genius, and that, as with all buildings, it started with that first shovelful of soil. As you can see from my photos taken in 2004, it was still in the growth phase. 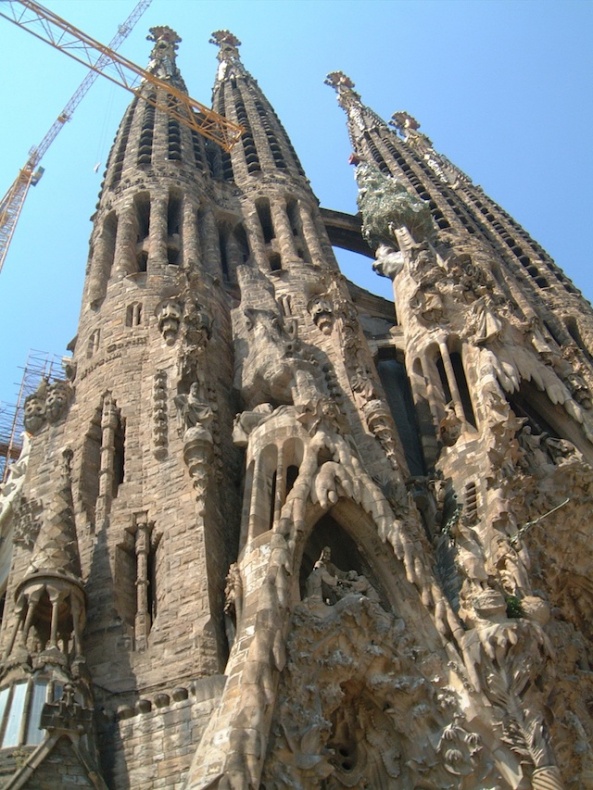 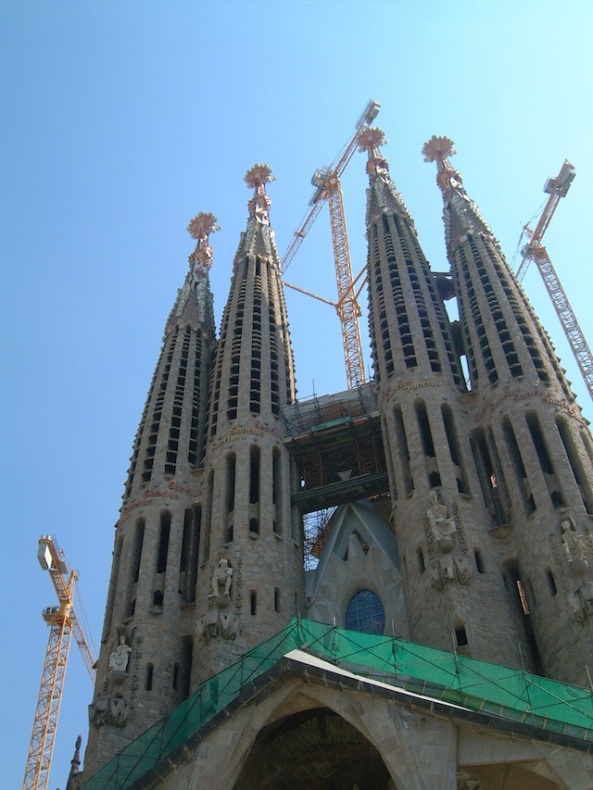 Thinking about it, everything does grow from seed. The Banyan tree, and the mighty rhino start out as tiny seeds. Magnificent architecture, as with all art, starts out as a seed of brilliance in the mind of the creator. That 14th century proverb which says, “Mighty oaks from little acorns grow,” is so very true.