What a lovely time I had today. Hubby and I drove up the hill to meet my mom and sister at one of our favourite lunch venues, the ‘Pot & Kettle. The weather was beautifully sunny and mild, so we sat outside on the balcony which overlooks the ‘Valley of a Thousand Hills’. This is an area of great beauty and tranquility, where rural Zulu people still live in traditional homesteads, in the densely folded hills. 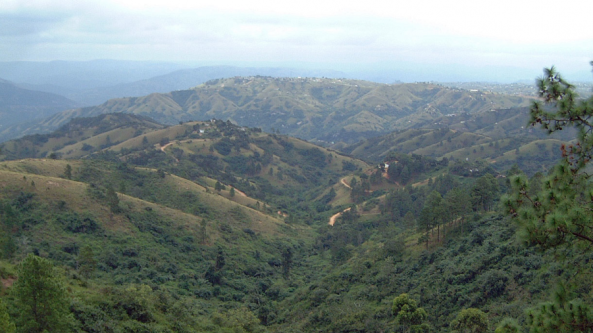 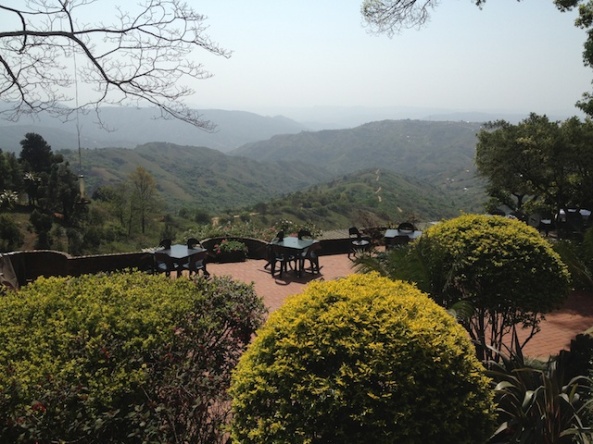 Of course, it was quite difficult deciding what we all wanted to eat and drink, but eventually mom went for the chicken pot pie, which when it arrived, had us all gasping at the size of it, especially for someone as tiny as my mom.

Anyway, she decided to eat the filling and potato wedges, and donated the pastry crust to my sister to plop on top of her son’s dinner this evening. Her exact words were, “He’ll think he’s died and gone to Heaven when he sees this. ” 🙂

I had the much healthier option of grilled calamari and veggies, which was delicious, but not nearly as photogenic.

We had such a fun meal, with lots of chatter and laughter. My sister told us that a beautiful sunbird had flown into her kitchen yesterday. The poor little thing flew around in a panic, and couldn’t find its way out again. It stunned  itself  when it hit the window glass, and ended up, clinging to the kitchen curtain. My brother-in-law gently picked it up and place it outside on a plant pot, where it sat for about half an hour, totally traumatised,  with its beak open. (The cat had of course been quickly moved inside the house.) 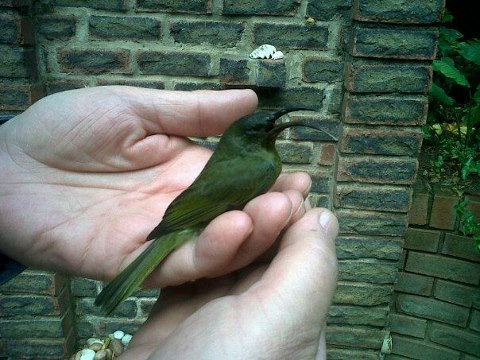 As my sister watched, a robin flew down to have a look at the sunbird, and after hopping around the pot a few times, it flew off, and then, returning at great speed, dive-bombed the poor bird, so that the sudden shock galvanised it into action again, and it flew away. How wonderful that birds, even of a different species, look out for one another, and when sensing that something is wrong, will work out what to do about it, and then act. We can all take a lesson from this, I’m sure.

After our lunch, we went for a stroll around the craft shops next to the restaurant. Here you can see that we also have Hillbillys in South Africa. They’re not exclusive to rural America. 🙂 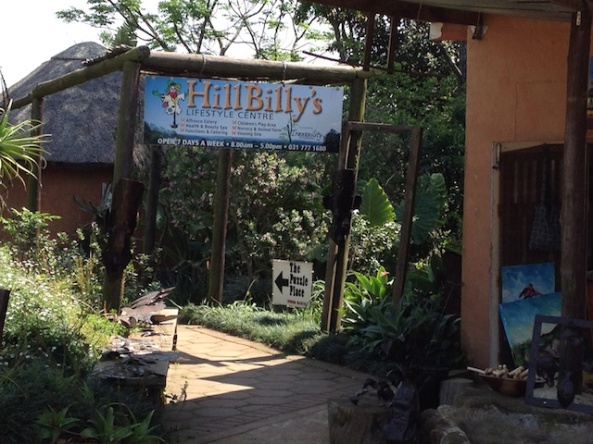 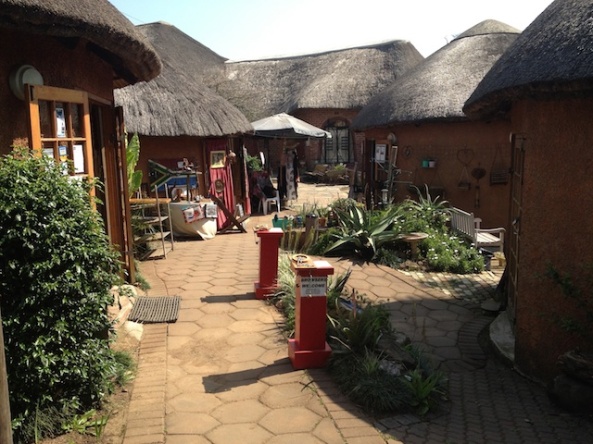 This mural painted on one of the walls outside, is very typical of African art.

I was amazed to see that inside the foyer of our restaurant, there was so much Chinese stuff for sale. I sneaked a couple of shots, just to show you that they’ve even infiltrated rural Africa.

It was so great to spend family time together, something I’m going to miss when we return to Florida next month. I’m sure the six months will fly past, and there’ll be so much to do there, including my new kitchen. It will be wonderful to meet up again with the friends we’ve made, and also our family in New York. Thank goodness once again for Skype.

74 comments on “Mom’s huge pie, and Robin to the rescue.”