This challenge invites us to share a photo of something which says, “Mine,” and I immediately thought of a photo I took four years ago, whilst visiting the Jack Daniel’s distillery in Lynchburg, Tennessee. We did a road trip from New York to Florida, and then flew to Columbus Isle for a week. On the drive back, we stopped off at Chattanooga for the night, and the next morning decided that as we were in the area, we’d go and see how whiskey is made.

I had no idea what to expect, and don’t even drink whiskey, but the tour  of the distillery, was so interesting.

We had a larger than life guide, who went by the name of ‘Bubba.” I found his southern accent, absolutely fascinating. Here he is in Jack’s original office. 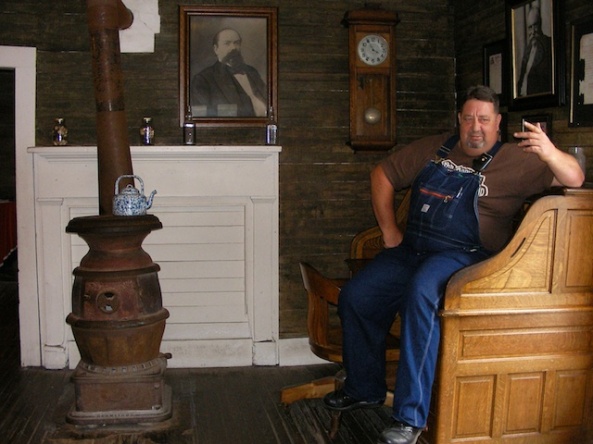 I learned that Jack ‘s first name was ‘Jasper’, and that he was only 5’2″ tall. He died in 1911 from a blood infection, which he got after injuring his toe by kicking the office safe in a rage, because he couldn’t  remember the combination to open it.

Born in 1850, he was one of 13 children, and when his father remarried after his wife’s death, Jack went to live with a neighbour, Mr. Felix Waggoner who introduced him to Mr. Dan Call, a preacher/bootlegger. At only seven-years-old, Jack started work in Call’s store, and so his career began. He was very interested in whiskey-making, and was soon made a full partner in the business. When Jack was thirteen, Mr Call decided that he needed to devote more time to his preaching, and sold the business to Jack. Word soon spread through the town about Jack’s wonderfully smooth and mellow whiskey, and he had to find an abundant source of iron-free limestone water, to keep up with the demand. The discovery of this cave, gave him a non stop flow of spring water, and in 1866, the Jack Daniel Distillery, became the first registered distillery in America after the Federal government began to regulate and tax all whiskey making operations.

With this water, and a special charcoal mellowing process, Jack made his now famous Tennessee whiskey, and the process hasn’t changed in all these years. At twenty-one, he went into the city and bought a knee-length frock coat and a broad-brimmed planter’s hat, which became his everyday uniform from then on.

In one building, the smell of the raw ingredients, was really overpowering, and in another, we got to see and smell the whiskey as it was filtering through the ten feet of hand-packed charcoal. One could get drunk just on that smell. 🙂 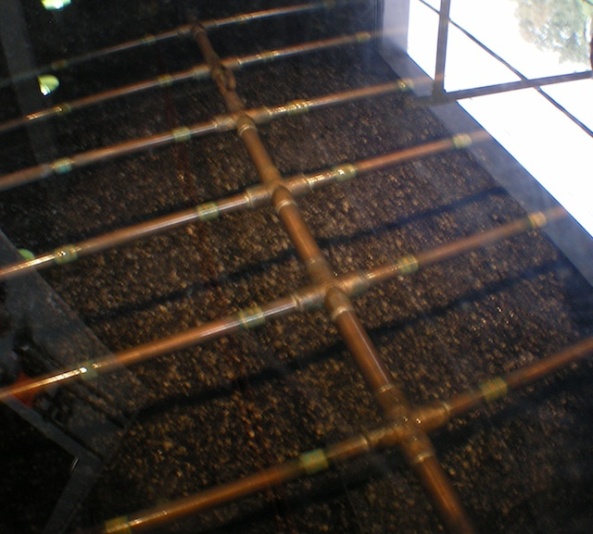 The Barrel House was the best part of the tour.

Here we saw rows and rows of oak barrels full of whiskey. The barrels are all made on site, and each barrel is used only once. The empty used barrels are shipped off to producers of Scotch whiskey, who use them multiple times. (The Scots are renowned for their miserliness and penny-pinching.) 😀 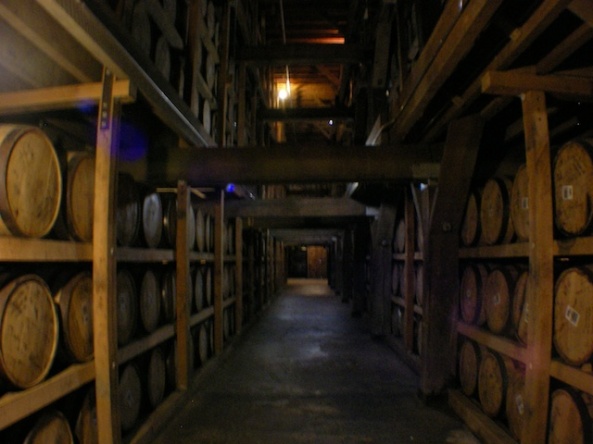 This one caught my eye, being labelled “This is MINE!” I don’t know who scrawled that message, but I think it fits the challenge really well. 🙂

Just in case you decide to visit the Jack Daniels distillery, let me warn you that there are no free samples. Lynchburg is a ‘dry’ county, so all we got at the end of the tour, was lemonade, which didn’t worry us one bit, as we don’t like whiskey. 🙂

To see links to more takes on the challenge, just click here.

73 comments on “Weekly Photo Challenge: Mine”