Sandra Conner’s Thursday’s windows has come around once again.

On this Thanksgiving Day, I decided to post a shop window in Venice for the theme. 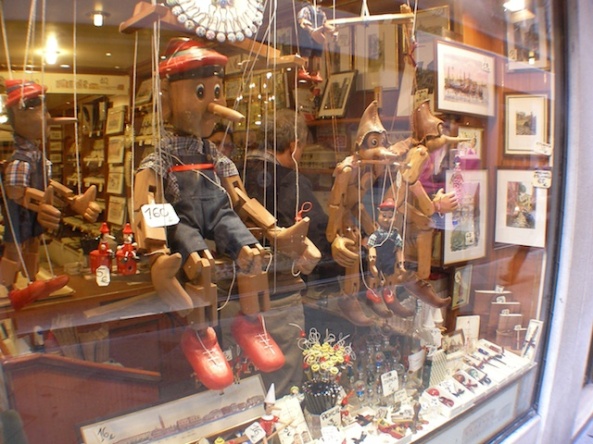 You might be wondering what Pinocchio has to do with Thanksgiving. Well, really not a lot, except that he was first seen floating through Times Square with his 44 ft nose, in the 1937  Thanksgiving Day Parade in New York.

This parade has been held almost every year since 1924, when Macy’s Department Store held its first Thanksgiving Day parade. It has been cancelled only twice, during World War II, when rubber and helium were needed for the war effort. This year will be the 86th annual parade, and once again, Pinocchio will be there amongst the sixteen giant balloons which will be marched down the parade route. They’ve certainly scaled down his nose this year, and he no longer looks as though he’s been stung by a whole hive of angry bees. 🙂 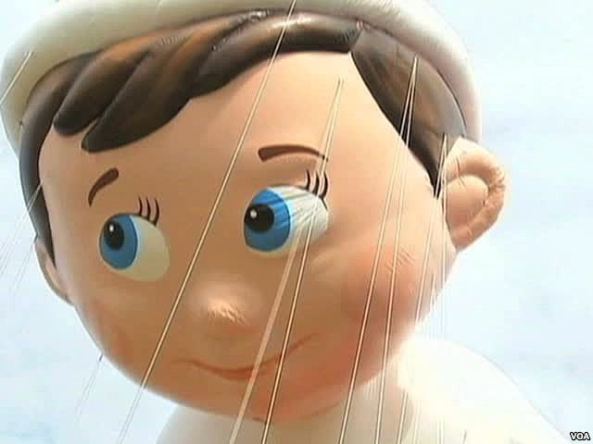 My son and grandchildren are there in the thick of it, and he informs me that later today, they are expecting fifty people for Thanksgiving dinner, and twenty of them are small children. 😯

To see more posts for the challenge, just click here