Happy Independence Day to all my American family and friends. My Boyds Bear wall calendar shows the sweet fluffy family all dressed and ready for the celebrations. These bears look far less fearsome than my Grizzlys on yesterday’s post. 🙂 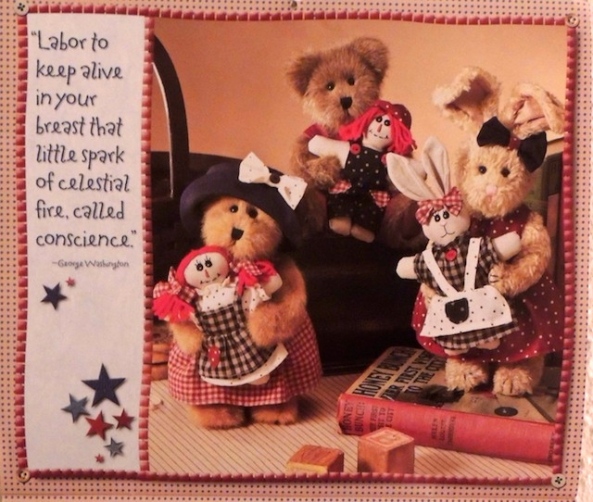 The quote for the month captured my attention, so I had to investigate it, and I discovered that it’s the final rule taken from the 110 “Rules of civility and decent behaviour in company and conversation,” composed by French Jesuits in 1595. These rules were all copied out as part of an exercise in penmanship assigned by the young George Washington’s school master. The essence of this set of rules is that we should treat everyone with respect, be considerate of others and don’t embarrass them. We should refrain from drawing attention to ourselves, be concise when we speak and not make fun of anything which is important to others. If we must criticise someone,  we need to make sure we’re not guilty of the same failing, and shouldn’t be quick to believe bad reports about others. We should associate with good people, and rather be alone than in bad company. There are also many references to table manners and matters of correct dress, as well as these two interesting items. “Shake not the head, feet, or legs. Roll not the eyes. Lift not one eyebrow higher than the other. Wry not the mouth, and bedew no man’s face with your spittle by approaching too near him when you speak. Kill no vermin as fleas, lice, ticks etc in the sight of others. If you see any filth or thick spittle, put your foot dexterously upon it.” You can read all 110 rules here if you would like to. I found them quite fascinating.

This great man who served two terms as the first US President, realised that the way he handled this onerous job would impact on how future presidents approached the position. Consequently, he handed down a legacy of strength, integrity and national purpose. 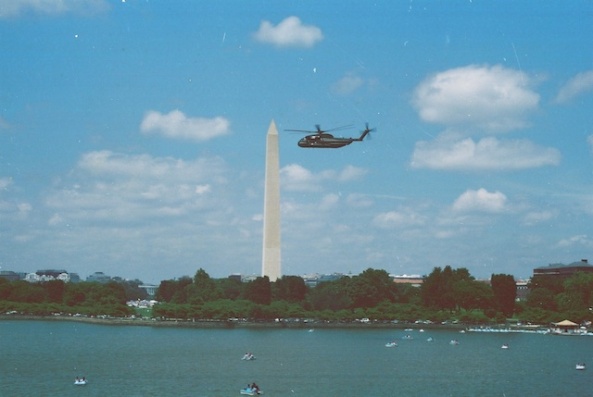 I’m sure that learning all those rules at such an early age, must have had something to do with it, and I think the last one which appears on my calendar, is the most important of all. Perhaps an updated version of these rules to live by, should be introduced into schools, and should certainly be read  and inwardly digested by all prospective world leaders. What do you think?