Michelle’s challenge this week is to share a photo that says, “Forward.” I love her pic of a 12th century path at the beautiful Alhambra Palace.

Now, unless you’re new to my blog, you will know that I can rarely stop at one photo, except maybe for ‘Wordless Wednesday’. 😕 So here are a few pics from my travels which say “Forward” to me.

This massive unfinished obelisk was discovered in the stone quarries of ancient Egypt near Aswan. If it had been finished, it would have been 42 metres high and would have weighed nearly 1,200 tons. It was being carved directly out of the rock when cracks appeared in the granite and it was abandoned, still attached to the bedrock. Just imagine all that hard work for nothing! I found it really thrilling to be able to walk forward along the entire length of it, and imagine those quarry workers chiselling away with their small Diorite stone tools. What a mammoth task. 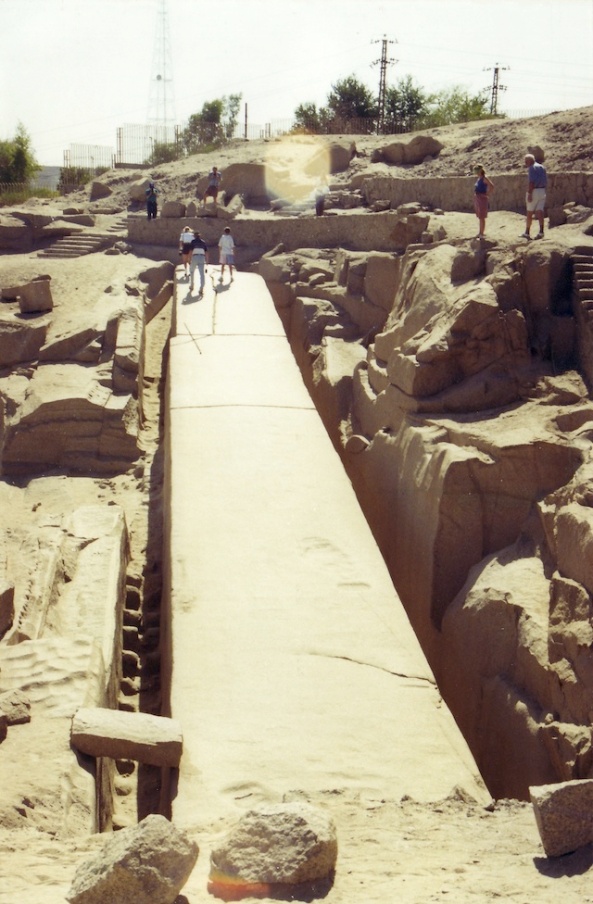 We were on a Nile cruise in Egypt, and here is a photo taken whilst our ship was waiting patiently to go forward through the Esna lock, on our way to Luxor. 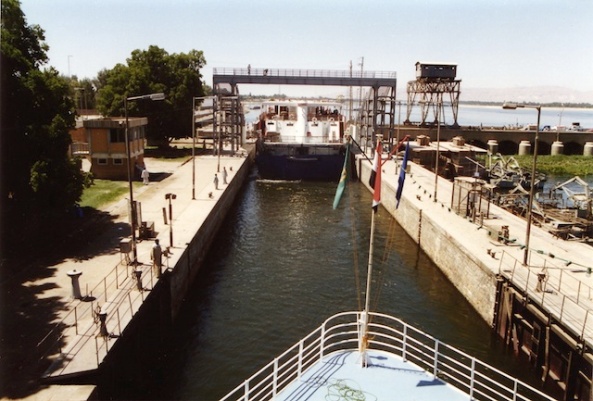 From the heat of Egypt in July, to the freezing cold of Wyoming in early spring. We stopped in a lay-bye  to take some pics, and then it was time to press on forward to our destination, which was Yellowstone National Park. 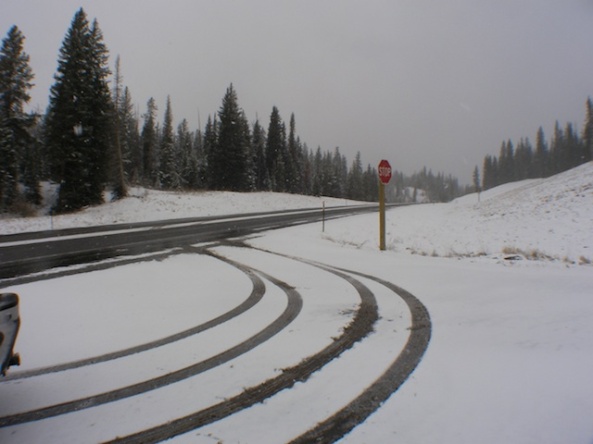 In the park, there was so much to see, but the temperatures were well below freezing. Hubby had left me in the relative warmth of the car whilst he went off to explore, but when he returned with tales of icicle-ringed hot geysers, my curiosity got the better of me. I wrapped myself up so well that even my own mother wouldn’t have recognised me, and bravely sallied forth to see for myself. Here I’m shivering my way forward over the slippery boardwalk. The amazing sights I saw were definitely worth enduring the cold for. 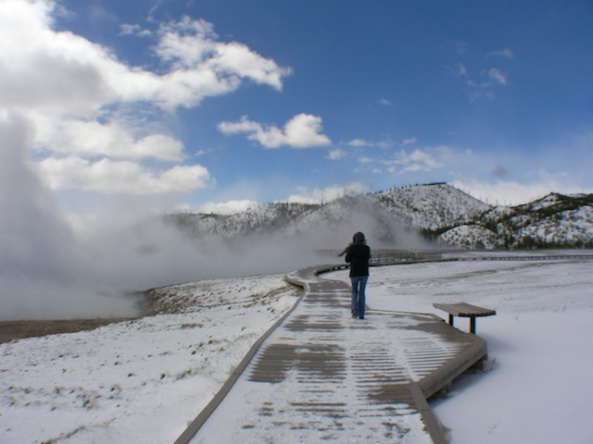